MPI’s Founder and Diplomate of the American College of Veterinary Internal Medicine (SAIM). 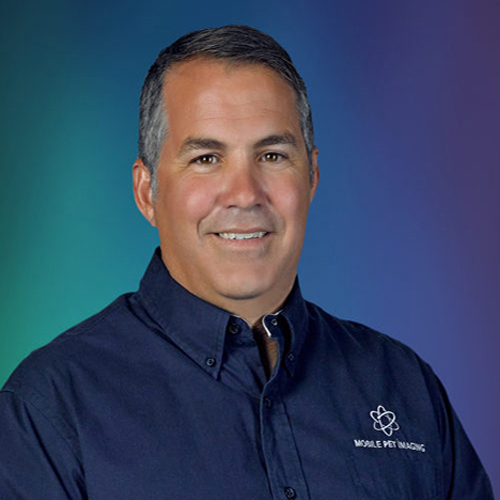 Dr. Pedro F. Armstrong was born and raised in San Juan, Puerto Rico. He attended Iowa State University for pre-veterinary studies. In 1996, he was admitted to Tuskegee University School of Veterinary Medicine, and graduated in 2000. Following veterinary school, Dr. Armstrong did a one year rotating veterinary internship in VCA West Los Angeles Animal Hospital. In 2001, under the mentorship of Mark E. Hitt, DACVIM, he completed a three-year internal medicine residency at the AVIM in Annapolis, Maryland. In 2008, he co-founded The Southeast Veterinary Referral Center and The Pet Emergency Room in Miami, which he sold in 2016. In June of 2014, Dr. Armstrong partnered with Dr. Xavier Meaux to form Mobile Pet Imaging, a revolutionary mobile high-definition CT scan and fluoroscopy service in a mobile unit. In 2016, Dr. Armstrong founded The Veterinary Internal Medicine Group, providing Internal Medicine Mobile Services throughout Broward, Miami-Dade, and Monroe Counties.

Dr. Armstrong has lectured on topics of veterinary internal medicine locally, nationally, and internationally. In 2019, he became an Idexx Key opinion leader to help expand his influence on the future of veterinary medicine.

In addition to attending yearly meetings for specialists, Dr. Armstrong has attended advanced courses designed for internal medicine specialists to learn about new procedures, advanced techniques and new therapies. He is also a member of The Comparative Gastrointestinal Society.

Dr. Armstrong is fluent in English and Spanish. He is also the proud father of three and enjoys boating, fishing, biking, and swimming.

See how vets are using our HD CTs and fluoroscopies to serve their clients better.

I Am a Pet Owner

After your veterinarian has scheduled your appointment with us, you will need to fill out one of the following forms.

I Am a Veterinarian

After you schedule your appointment with us, we will need the following form.